It’s that time of year when the produce section of a grocery store has a few new interesting characters pop up. Fall and winter squash are oftentimes unrecognizable and a little otherworldly in shape and size. It can be intimidating to plop one in your cart, but we’re here to break down the barriers and introduce you to four squash varieties you don’t know about, but should.

Joe Masabni, an extension vegetable specialist at Texas A&M Agrilife, is an advocate for cooking recipes with unfamiliar, even exotic produce.

“I try to cook exotic recipes I’m not familiar with because it teaches me new ways to cook what I’m growing,” Masabni says. “I’d love to say I’m a master chef, but I’m not even close.”

Plus, he points out, it’s always good to get diverse nutrients from a wide range of produce. All squash varieties are packed with vitamin c and beta-carotene, which may help slow the progression of macular degeneration and reduce the chance of vision loss. Squash is also a healthy source of vitamin B6; those deficient in this vitamin are at a higher risk of depression.

“I encourage everyone to look up exotic recipes and find out you can get benefits from things you don’t expect,” Masabni says. “For example, did you know the flowers on squash are edible? They’re low in calories and can be used as edible decor for salads and other dishes.”

For reference, one cup of squash blossoms has five calories, tons of calcium and a high vitamin c count.

Most squash originates from South and Central America, where over 800 species flourish. While we’re not going to go over every variety, Masabni gives us the scoop on four delicious picks you’ll want to try. 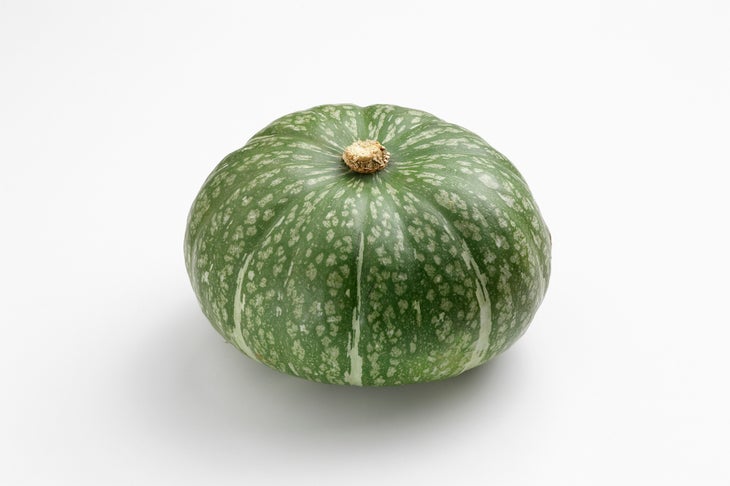 Also known as the Japanese Pumpkin, the kabocha squash is an overlooked squash often mistaken as a green, unripe pumpkin. Though the outside is rough, dark green and knobby, the inside has yellow-orange flesh and small seeds.

Kabocha’s flavor is sweeter than butternut squash with a light, fluffy texture. It’s great for pureeing and mashing to dollop in pies, casseroles, oatmeal, and more. Out of all the squash varieties, it peels most easily because of its softer exterior.

“It stores very well and stays very sweet,” Masabni says. “It’s a good size, not too big so when you eat it you can use all of it.”

Despite its name, the squash originates from Cambodia and was brought to Japan by Portuguese sailors in 1541. It’s dubbed the Japanese Pumpkin because it’s the most popular squash in the country.

“This is typical – every country and region seems to prefer a certain type of color or shape of squash and they become known for it,” Masabni says. “Like, where I’m from in Lebanon, we have a light cream zucchini called Kousa we’re known for. 10 years ago, nobody in the U.S. knew about it. I had to ship seeds in. But now, it’s sold everywhere.”

A winter squash often harvested in the summer, calabaza squash is native to Central and South America. With a mild, nutty flavor, the light green or tan squash is a quality source of vitamin A and C. Best used for baking, steaming, grilling and roasting, calabaza can be substituted for acorn squash in all kinds of recipes; stir fry, empanadas, curries, casseroles, stews, and more.

Better yet, unwashed calabaza can be kept for up to two months thanks to its tough exterior.

“Calabaza is popular in Central America,” Masabni says. “It stores well in that climate and grows well with minimal input.” 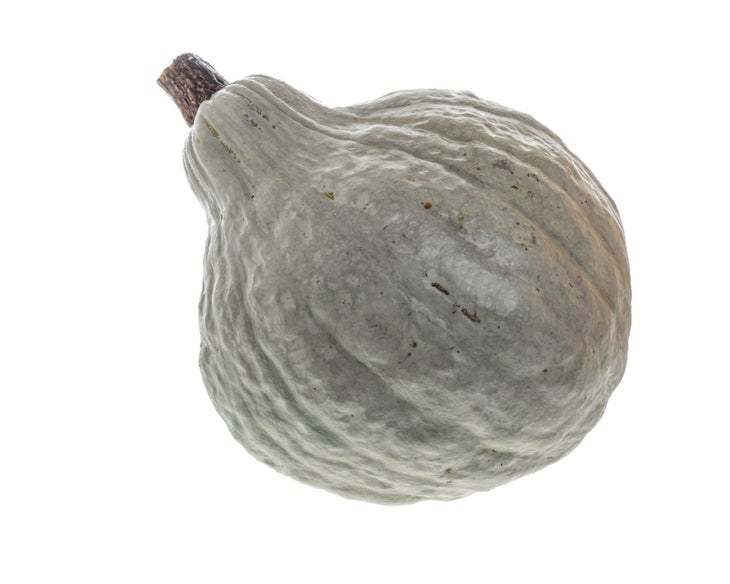 Shaped more like a strange birthday balloon, Hubbard squash is commonly misunderstood as ‘too grainy’ in texture. However, it makes perfect puree and pairs deliciously with butter, brown sugar and salt.

The variety comes in all colors – ranging from light orange to deep green.

“It’s misleading, because even though it’s called Hubbard squash, it’s actually a pumpkin,” Masabni says. “When you open it, it’s hollow, and you need to cook it as such. Squash, for example, you can saute quickly and eat it. But pumpkin you have to steam or stew for a while for it to be ready.”

This variety of squash is huge. Banana squash (Cucurbita maxima) can grow 2 to 3 feet long and can weigh up to 35 pounds – a whopping package of sweet, full flavors. It pairs well with herbs like rosemary, thyme, and sage, and it’s a perfect highlight to tender pork and lamb.

It can be cooked alone with salt, cinnamon and brown sugar, but makes a unique topping on pizza, risotto and curries. Much like the Hubbard squash, the Banana squash should be cooked like a pumpkin.

Although the shape is the oddest out of the bunch, there is no crazy explanation.

“It’s just genetics,’ Masabni says. “Nature plays a trick on the genes and it grows that way, most of the time, to fit a particular climate.”

Below, we put together some of our favorite squash recipes for you to try:

Does the Timing of Meals Matter?

5 High-Fat Foods That Are Incredibly Nutritious, According to a Registered Dietitian

How to Pick the Perfect Pumpkin for Any Occasion

7 Canned Foods to Stock Your Pantry With for Fall